My favorite thing about Associated Press Style is that the rules help you know how to write certain things… except when the rule doesn’t apply.

Did you read my sarcasm in the last line? I hope so.

Numbers are a perfect example of this AP Style rule that is not really a rule. The general rule is that numbers 10 or more should be written as numerals with anything less than 10 spelled out. For example, I was supposed to count to 10, but I stopped at five.

This is a great, hard, fast rule—except for all of the exceptions. I combed the AP Stylebook for exceptions to the number rule. Here is what I found. 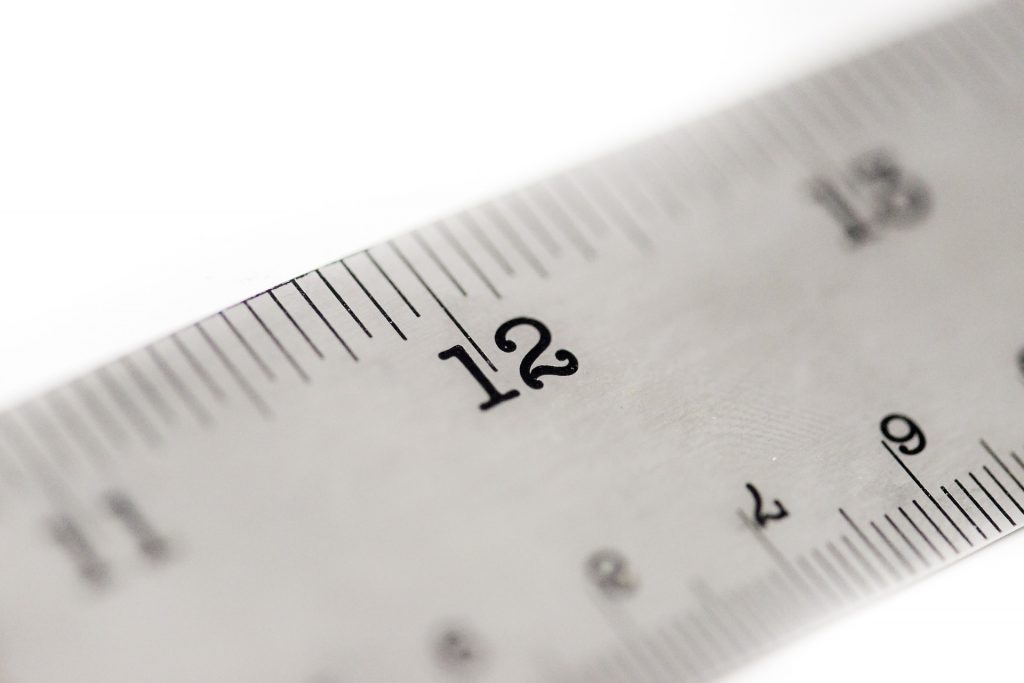 If you must begin a sentence with a number, you spell it out, but you should avoid this construction if possible. For example, Thirty people attended the event.

Use numbers and capitalize the word “Act.” For example, She was late to the production and missed Act 1.

You can abbreviate avenue, boulevard and street when you have a number with the address. If not, you spell it out. For example, Oklahoma City University is at 2501 N. Blackwelder Ave.

Check out my Nerd Note on Writing Addresses for more.

When talking about TV channels, capitalize the word “Channel” and the numeral. For example, I watch Channel 9 news.

When talking about book chapters, capitalize the word “Chapter” and the numeral. For example, Your text discusses numerals in Chapter 6.

Use numerals when talking about course numbers. For example, The professor teaches Rhetoric 101.

Use numerals and a hyphen. For example, The Supreme Court ruled 5-4 in favor of the broadcaster.

Days of the week

When talking about dates, use just the day without st, rd, etc. For example, My birthday is June 23.

Use numerals with ‘ where numbers are missing, but not before the s. For example, I was born in the ‘70s.

Check out my Nerd Note on Writing Decades for more.

Use figures and spell out inches, feet, yards, etc. Hyphenate when used as an adjective modifying a noun. For example, She is 6 feet tall.

Always use figures. For example, He ran five miles today.

Always use figured. For example, He beat the incumbent by 4 votes.

When using a number in a formal title, use it as it officially is used. For example, First lady Brenda McDaniel spoke at the meeting.

Spell out amounts less than one in stories by using hyphens between words. For example, Two-thirds of the students were present at the event.

Use the traditional 10 and over rule. For example, She is in the fifth grade.

Use numerals for highway destinations. For example, I travel down State Hwy 75.

Use No. and then the numeral. For example, The Thunder are No. 1.

Use the numeral and then the word percent lowercase. For example, I made a 95 percent on the exam.

Use the word to, not hyphens. For example, The odds are five to one.

Use the word “Room” capitalized and then the numeral. For example, My office is Room 117.

Use figures. For example, I drive 40 mph.

Use figures except for zero, which you spell out. For example, it is 90 degrees today.

Always use the number and then a.m. or p.m. The on exceptions are noon and midnight, which you use the word. For example, This class is at 9 a.m.

Check out my Nerd Note on How to Write Times for more.

Use numerals. Place hyphens between figures. For example, We won the soccer game with a 10-4 final score.

There they are—the rules that don’t follow the rules, making numbers easily difficult to write correctly in AP Style. What did I miss? I know there have to be some exceptions to the number rule that you use frequently that I forgot to include. Share them with us in the comments.