I almost didn’t write this post. I mean, I started trying to write it about nine hours ago. I knew I needed to write a post for today, but I just really wasn’t in the mood to write. Instead, I watched some Netflix, played with the dog, ran an errand or two, and even cleaned. You know it’s bad when you’d rather clean than write.

Then I had an epiphany this afternoon. I suddenly realized that what I was doing is what others call “writer’s block.”

I actually laughed at myself because I don’t believe in writer’s block. I didn’t before, I didn’t then and I still don’t now. Writer’s block isn’t real.

I know you’re already mentally arguing with me. “Of course it is,” you’re saying. “I’ve had it,” you’re claiming. Nope. You haven’t. You’ve experienced a lack of motivation to write that resulted in procrastination. You’ve experienced exactly what I felt today. It’s not an inability to write. It’s a lack of desire to write, one that sometimes results from uncertainty of what to write or a fear that the writing will not be good enough.

Writers just call this procrastination “writer’s block” because it sounds better… like a real (possibly diagnosable) problem instead of just not doing what we’re suppose to be doing. Writer’s block sounds fancy and kind of elitist. “Not getting my writing done” doesn’t sound nearly as nice.

What’s perhaps worse than calling it writer’s block is some of the other advice writers receive when they say they’re experiencing it. They’re told to take a break, step away, do something else for a while. It’s one way to get my house clean, but procrastinating isn’t a solution for procrastination. Here’s what you should do instead: 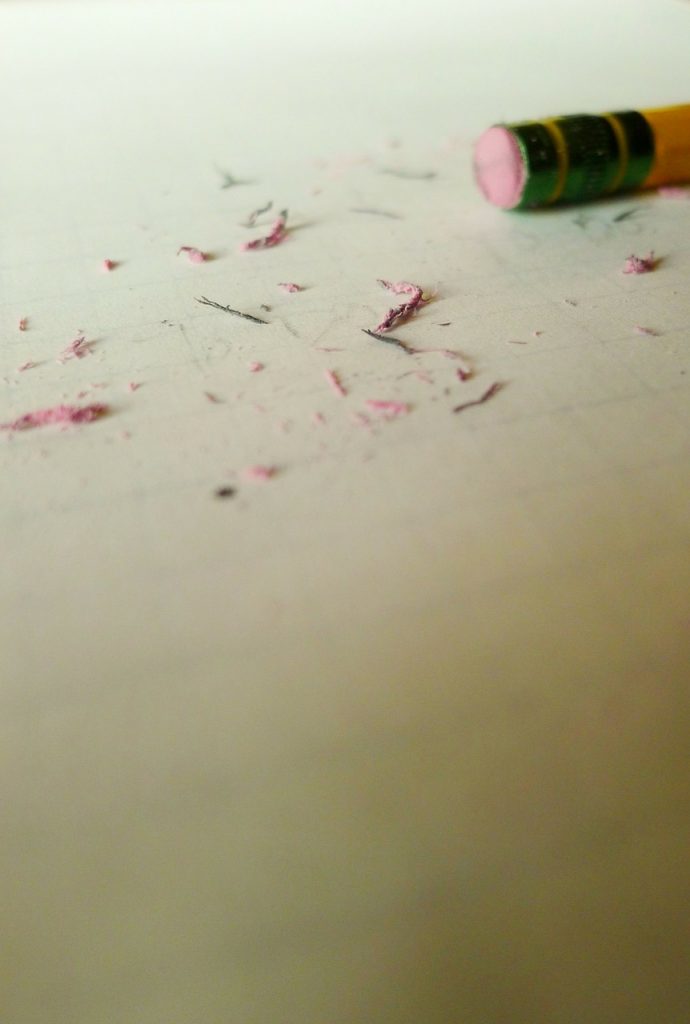 The best way to beat “writer’s block” is to write. Put your rear in the chair, place your fingers on the keyboard and do not move until you have written.

You can always fix your writing afterward, but you can’t edit nothing. Usually you’re pleasantly surprised when you discover that what you wrote isn’t nearly as bad as you thought and the process of having written it did not, in fact, kill you. But, even if you end up with a shitty first draft, you still have something, which Writer Anne Lamott claims all writers have.

Have an idea file

Writers can spend a lot of time trying to figure out what to write about. Keeping an idea file or a running list of news tips helps avoid uncertainty about where to start.

Still not sure what to write about? Check out 12 Tips for Finding Story Ideas.

Schedule your writing to make it a habit

I rarely procrastinated on writing when I was a full-time journalist. I knew it was my job to go into the office every day and write. I would write something different every day, but I knew that’s what I would be doing for about five hours (interviews take time too) of every day. I didn’t procrastinate because I had a writing routine and deadlines to meet.

Some of the most successful writers I know create writing schedules. It works best if you can keep the times and days that you write consistent and schedule them into your calendar. If you wait for writing time to appear in your schedule, it never will.

Need more help making time to write? Read How to Write A Lot.

We have natural rhythms to our productivity, but they are different for each person. For example, I am much more focused in the morning between about 8 a.m. and noon. I am attracted to shiny objects beginning at about 2 p.m. Identify the time of day when you are most productive and schedule writing time during those focused hours.

Write in your head

Another reason I didn’t procrastinate on writing as a journalist is because I usually already had an idea about what I was going to write when I sat down at the computer. I would gather the information, then begin writing the story in my head, usually while driving back to the office from interviews. I still do this as a blogger. When you think about what you’re going to write, you have a running start when you sit down at your computer.

Even as a writing lover, journalist, writing professor, and blogger, there are times when I don’t want to write. Granted they don’t come often, but they exist. I try to be ready for them by writing ahead when my creative juices are flowing. When I think of a great idea, I grab a piece of paper, outline it and just start writing. Sometimes I type out full blog posts in my iPhone’s notes app. I take advantage of  what researcher Mihaly Csikszentmihalyi (pronounced me-HIGH chick-sent-me-HIGH-ee) called “flow,” which he saw in artists who were totally absorbed in their work so much so that time seemed to disappear for them.

There are a lot of things you can do stop procrastinating on writing, but first you have to recognize “writer’s block” for what it actually is. It’s just you not doing what you need to do. Then, you just have to write.