Perhaps the only thing more wonderful than getting a new book is when that new book is an AP Stylebook.

As much as I enjoy getting my new Stylebook each year, I don’t always love the changed entries. The over/under change in 2014, for example, sent me into a tizzy.

It also seems like we just get used to a rule and it changes. This year’s changes, however, seem to clarify important topics that frequented the last year of news, such as the use of the terms sexual harassment, sexual misconduct, victim, and survivor.

The Associated Press made their annual announcement of changes to the 2018 AP Stylebook at the annual ACES conference in April. The Stylebook is available now. The changes include the adoption of 200 new or revised entries. 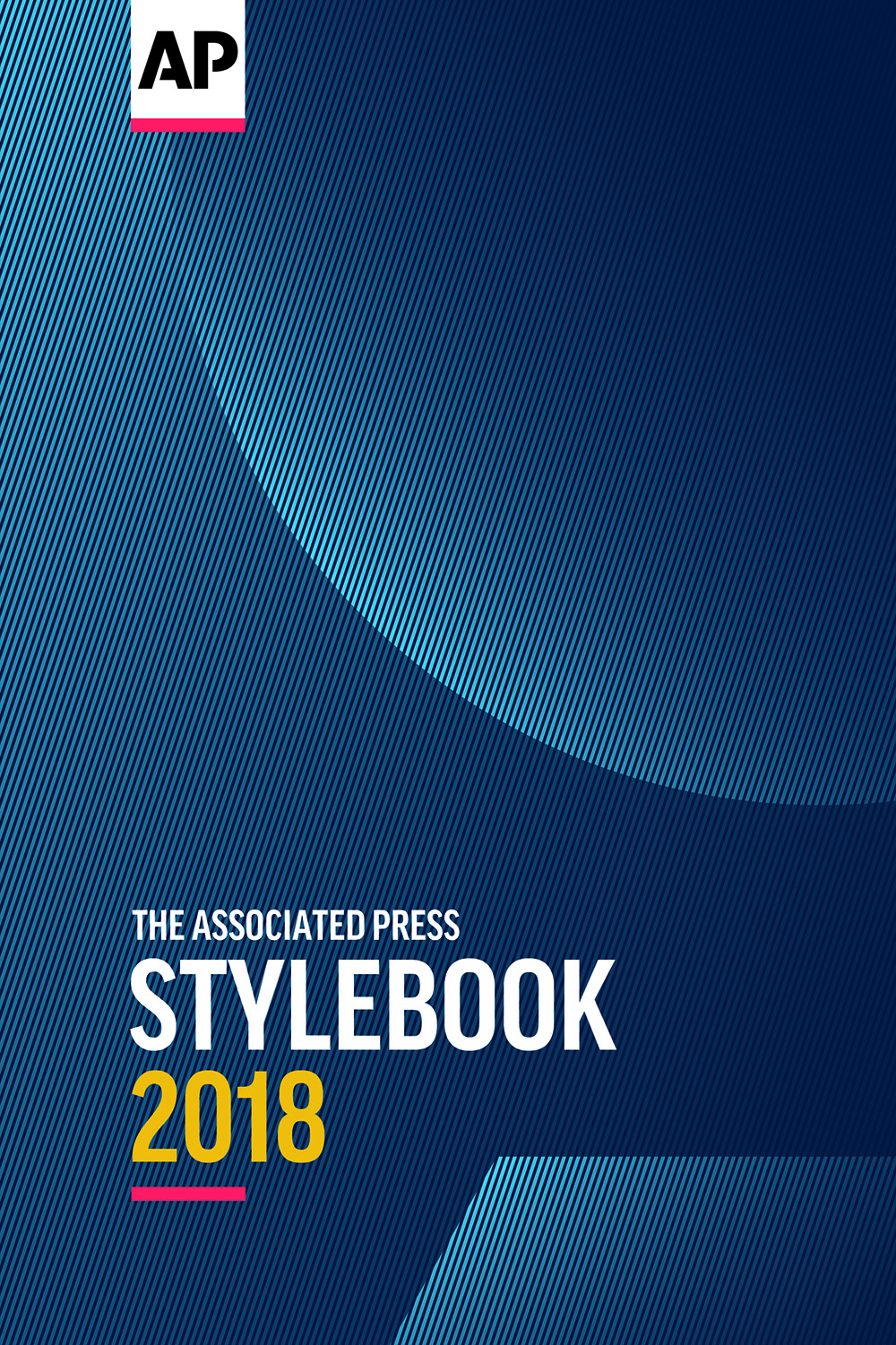 Two objects no longer have to be in motion to collide. The former rule read that “two objects must be in motion before they can collide. A moving train cannot collide with a stopped train.” That entry was deleted in the updated version.

The plural form of emoji is emoji.

Marijuana should be used in reference to “the drug used for recreational or medical purposes.” Slang terms such as weed or reefer should be avoided.

When cannabis is used for medical purposes, it is generally known as medical marijuana. According to the entry, “the term usually refers to the dried flowers that are smoked, vaporized or incorporated into food known as edibles.”

The Stylebook offers more guidance when using these terms, which “can cover a wide variety of actions or behavior.” The entry reads: “In stories, be as specific as possible in describing the kinds of behavior that is being alleged or admitted–such as groping, unwanted kissing, disrobing, or verbal or physical abuse or assault.”

The Stylebook encourages using sexual misconduct when a shorter term is needed, such as in a headline, because it “encompasses a broader range of sexual misbehavior and does not run the risk of diminishing some of the alleged acts.”

Smartwatch is one word in the smartphone entry.

Use survivor and victim with care. The new Stylebook elaborates on when to use these terms. It reads: “Survivor can denote someone who has lived through an injury or disease, but also can apply to someone who endured a threat but escaped injury altogether. Example: a mass shooting survivor. Likewise, victim can create confusion because it can variously mean someone killed, injured or subjected to mistreatment such as sexual misconduct.”

This list obviously doesn’t include 200 new entries or all of the changes that were made. We won’t know all of those until we get our new books. I’m beginning to wonder if I can wait for mine! I also wonder if we’ll grasp these changes by the time the 2019 Stylebook is released.